Merdiven Art Space celebrates its second anniversary with Murat Germen’s solo exhibition. Germen, known with the works which focus on concepts such as possession/dispossession, overurbanisation, participatory citizenship, the devastation of nature, climate change and global warming; and where he uses photography as a tool for expressing and research, this time presents his installation specially conceived for Merdiven Art Space. The exhibition with the title “Stairway: Step by Step”, which refers to both the location of the space in the public sphere and its name, brings the abstract and concrete functions of stairs into the question.

The artist underlining how the stairs, functional structures which are hard to climb up and easy to go down, differ from the processes of resting, sitting, giving break and thinking; questions the relative meaning of the concepts of up and down. The exhibition, aiming to evoke potential connotations regarding daily life that the human mind-which is busy with only going up and down-is not capable enough, reveals a surreal environment where the spectators can directly come across with themselves. Murat Germen instrumentalizes the installation, which is supported with his signature photographic elements, with whom the spectators can question the boundaries of their own will, by going up, down, and waiting in the realm of aimlessness. Germen, referring to the fact that the quality and quantity of the steps taken to reach a spot are determined by others, conceptualizes and shares the observations he has made as a result of his relationship with the architecture. The artist who reconceives the balance between free will, aim and the road, creates an experimental space to grasp the concept of stairs which are to be climbed up on the road to be set off formally and contextually, evaluate them, and question the stereotyped discourses about up and down. As a result, the spectators are to face their highs and elevators while climbing up these symbolic stairs step by step. 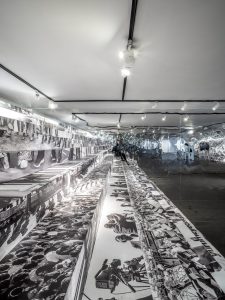 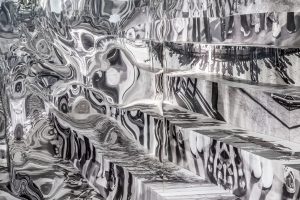 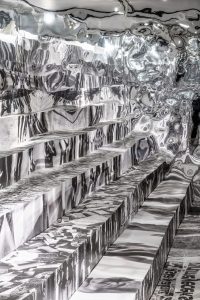