Merdiven Art Space presents a collaboration between two great contemporary artists from different generations, between December 21 and January 26. The exhibition titled “In the Beginning Dazzling Night,” conceived with Sarkis’ participation upon the invitation of Berat Işık, opens its doors for the spectators on the longest night of the year.

Berat Işık, who is mainly known with his sociopolitical works, takes the book titled “Blindness” by José Saramago as the reference point for this exhibition. Along with his wall installation titled “Dazzling,” the artist working in various mediums, ranging from video to photograph; installation to sculpture, attributes a symbolic meaning to the source of light which dominates the space. The artist who placed a panel consisting of 54 blinker lights in a golden frame, which has a kitsch aesthetic, violates the pictorial limit defined by the frame. The blinkers, known as the warning lights of the official cars and military zones, are in the centre of the work and refer to the blindness imposed. The dazzling white light presents a simulation of social blindness developed against the tools of the government, power and system metaphorically. Included in the exhibition with his video titled “Au Commencement la Nuit” (In the Beginning Night), dated 1997, Sarkis was invited by Berat Işık with great excitement in order to strengthen the conceptual frame, during the production process of the work.

The idea of including Sarkis in the exhibition “in a visible or invisible way” develops a holistic structure which envelope each other in each layer and dominates the space as it deepens. The images and the sounds filling the room by inspiring from the contrast between the dark and the light and functioning as both the burden and the shield help the spectators face with the past.

The fact that the exhibition provides an opportunity to get the insights into the period between the time when Malevich pushed the limits of Modernism with his painting titled “White on White” and today, consolidates the art historical references of the exhibition. Therefore, the exhibition exposes the dazzling show of these two works engaging in a perfect dialogue in sense of space, visual language and the intellectual structure. 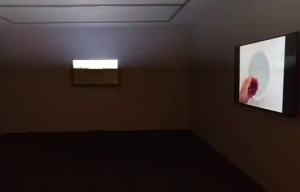 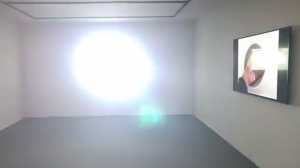 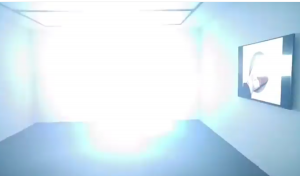 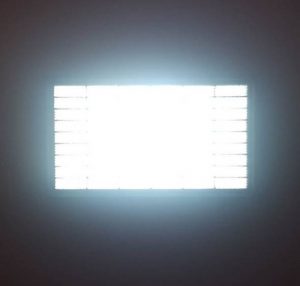